130 years of history for an extraordinary underground adventure 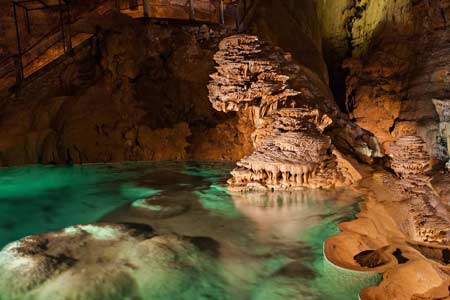 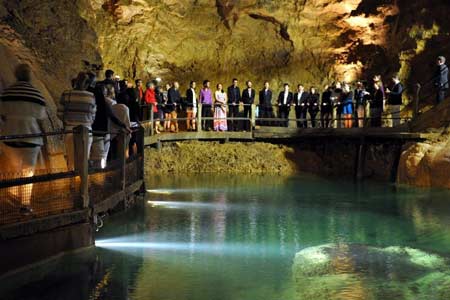 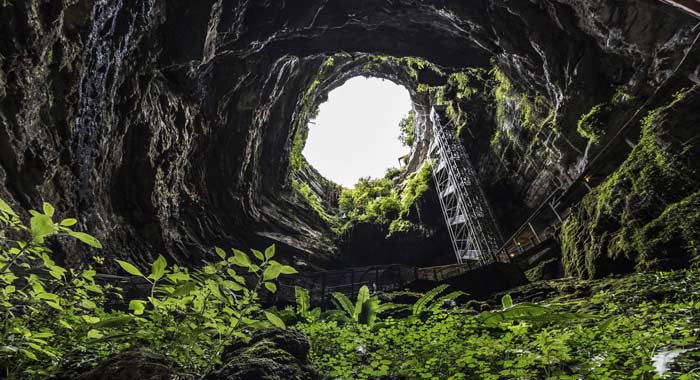 Discovered 130 years ago by Edouard Alfred Martel, this chasm has never ceased to amaze young and old, as it contains surprises and discoveries.

The Chasm of Padirac is the monumental entrance of a natural cavity, about 35 meters in diameter.

At the bottom of this chasm, 103 meters deep, the light fades, the temperature stabilizes around 13 ° all year.
A river welcomes you and according to its meanders and you discover a succession of vaulted rooms, all more breathtaking than each other.

Visit the Chasm of Padirac will remain for you an unforgettable memory
Be careful however, take your precautions to buy your tickets (Online, impossible to buy them for the same day and, on the spot, the queue is sometimes very long!)

In 2019, the Gouffre de Padirac celebrates 130 years of the discovery of its galleries by Edouard-Alfred Martel Together, let's live the incredible underground adventure during this exceptional anniversary year, punctuated by cultural and festive events unpublished!

Learn more about chasm of Padirac