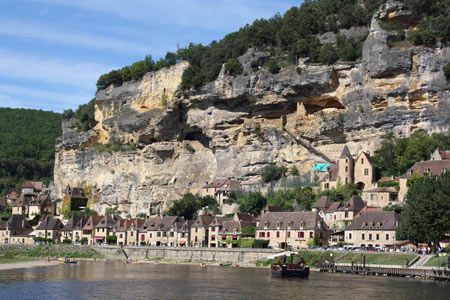 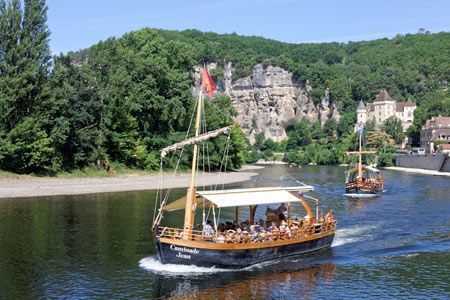 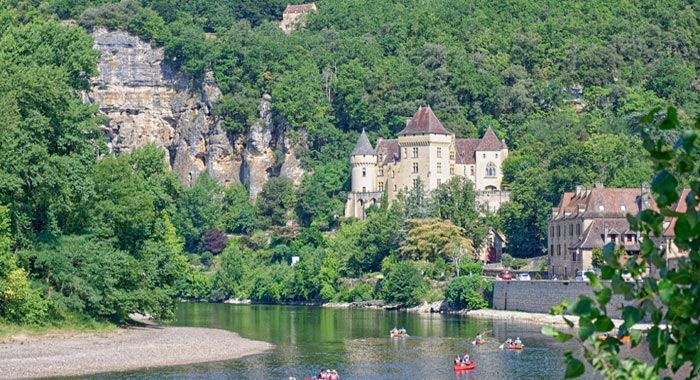 Third site of France after Mont Saint Michel and Rocamadour!

Ranked among the most beautiful villages in France, located at the foot of a cliff and facing south, the village of La Roque Gajeac enjoys an almost Mediterranean climate.
High place walks in gabarres, traditional flat-bottomed boats, you can embark there for pleasant walks peppered with tasty anecdotes distilled by guides of the vintage to speak often quite picturesque.
Take small lanes and venture to the foot of the cliff to have great views of the river ... or rent a canoe and let yourself drift on the lazy river in summer pebble-covered banks for relaxation and relaxation. relaxation.
Visit the troglodyte fort located 40 meters above the cliffs of La Roque Gageac. Significant remains of the 12th century construction are still standing.